The Unitarian Universalist Congregation, Santa Rosa > About Us > Governance > 2020-2021 Board of Trustees

Our congregation is self-governing. The overall management of congregational activities is supervised by an elected Board of Trustees acting in accordance with established bylaws. The Board delegates management of specific activities to lay leaders, committees or other groups. Ministers are chosen by the congregation. Ultimate authority resides in the members of the Congregation.

Board meetings are held on the third Thursday of each month. They begin at 6:30 PM in the Board Room (and on Zoom until we are able to meet in person), and are open to all. 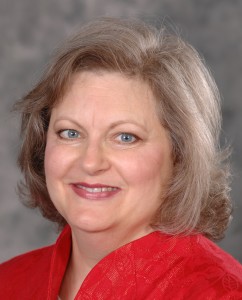 Now a coach working with adults with ADHD, I have been a life coach, a hypnotherapist and a Voice Dialogue practitioner for 13 years, working with people both 1-on-1 and in groups.  Prior to opening my own practice, for 25 years I was a staff member and seminar and program leader at Landmark Education.

Though I was born in Texas, I spent my entire life in the northeastern quadrant of the United States.  I moved to Santa Rosa, found Unitarian Universalism and joined our congregation in 2011.  I am a Music Coordinator and a service musician, as well as singing in the choir.  In the past, I’ve been on the Membership Team, the Stewardship Team and the Music Committee.  And I LOVE being your board President! 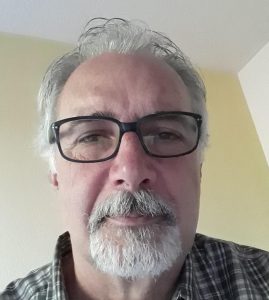 A child of the windswept South Dakota prairie, I came to California in 1980, discovered I was a Unitarian Universalist in the mid-1990s in San Francisco, and moved to Sonoma County in 2012. An art student way back when, my work life has been mostly in graphics and printing, and more recently also in tax preparation.

I have served on other boards, including LGBT organizations which I helped start in the ‘70s and ’80s, homeowners associations, and at First UU in San Francisco. At UUCSR I have enjoyed TIE Groups, serving as an usher/greeter, helping with the Saturday Breakfast, hikes with Faith and Fitness, attending Adult Religious Education classes, and the Finance Committee.  I miss my San Francisco choir so I’m hoping to fit that in soon too.

I’m so grateful to be living in Sonoma County, and to be part of the loving and vibrant UUCSR community. Let’s share the good news! 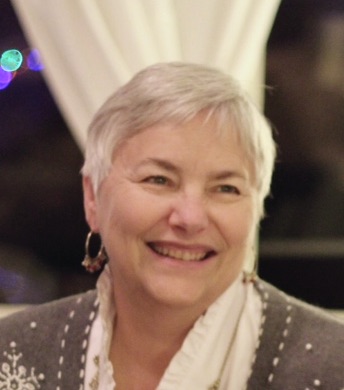 I was born in Tucson, AZ to an Air Force family…which meant that all but 2 of my 8 siblings were born in different states or countries (including Libya!). I went to 11 different high schools.  My parents were active in Civil Rights, integrating an HBCU in the early 50’s and then serving as plaintiffs in one of the Bible Suits in 1963-4.  As a result of their activism, both my parents lost their teaching jobs and our family went through a period of desperate poverty.

I went to college on a combination of grants and scholarships, and, supported by many mentors over my life, was able to develop a career in academic health care administration.  I came to California in the early 90’s to become Director of Finance and Administration for the Department of Psychiatry at Stanford University.  I held similar positions at Stony Brook University in New York and the University of Pittsburgh before retiring in 2001.

My husband retired from academic medicine in 2010, and we moved to beautiful Santa Rosa to be near our children and grandchildren.  I joined UUCSR (my first congregation of any kind) in 2016, and have been honored to serve on the Flower Committee, the Finance Committee, and to be elected to serve as Treasurer and member of the Board of Trustees.  UUCSR is my beloved community. 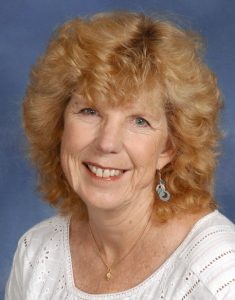 I am happily retired now from a career as a Special Education teacher, but find myself busier than ever following my passions, including music, hiking, working on my Spanish fluency and volunteering as an ESL teacher.  And, of course, being an involved member of UUCSR is right up at the top!

I first visited the UU Fellowship of Sonoma County (as we were called back then) in 1992 with my 2-year old son in tow.  I had moved recently from Long Beach, and it was time to connect and find a spiritual home for myself and my child.  I immediately felt welcomed.  The sermons were inspiring and challenging, and the RE program gave my son a place to explore religious ideas.  Soon, I found myself knee-deep in the life of the congregation:  Women Together, the Service Auction, Thanksgiving potlucks, teaching RE, and a long and fulfilling tenure as a Worship Associate.

I am amazed and filled with pride at how we have grown and who we are now.  I have no doubt that our future will be no less amazing. 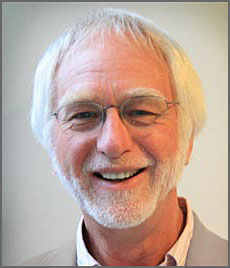 I was born and raised in Yorkshire, England, and attended the Anglican Church (Church of England), but had little interest in organized religion (frankly I was more interested in the Beatles and the Rolling Stones, although I do have a brother who’s an English vicar!).  I began my career in book publishing, then with my wife Barbara Kezur moved to Connecticut where we raised our three daughters.  I worked for 28 years as a marketing director at Scholastic Books (publisher of such bestsellers as Harry Potter and The Hunger Games!).

At some point along the way we joined the Unitarian Church in Westport, Connecticut, and were active members for 15 years, including my serving on the Board for 6 years.   I retired in 2014, and we moved to Santa Rosa and joined UUCSR in 2016.  I’m a member of the Stewardship Team and the Sabbatical Committee, served on the most recent Bylaws Task Force, and also cook potatoes for the Saturday Breakfast once a month.   UUCSR is such a friendly congregation.  It’s an honor to serve on the Board at this exciting time of exploring our growth potential, because I think now more than ever the world needs what we offer! 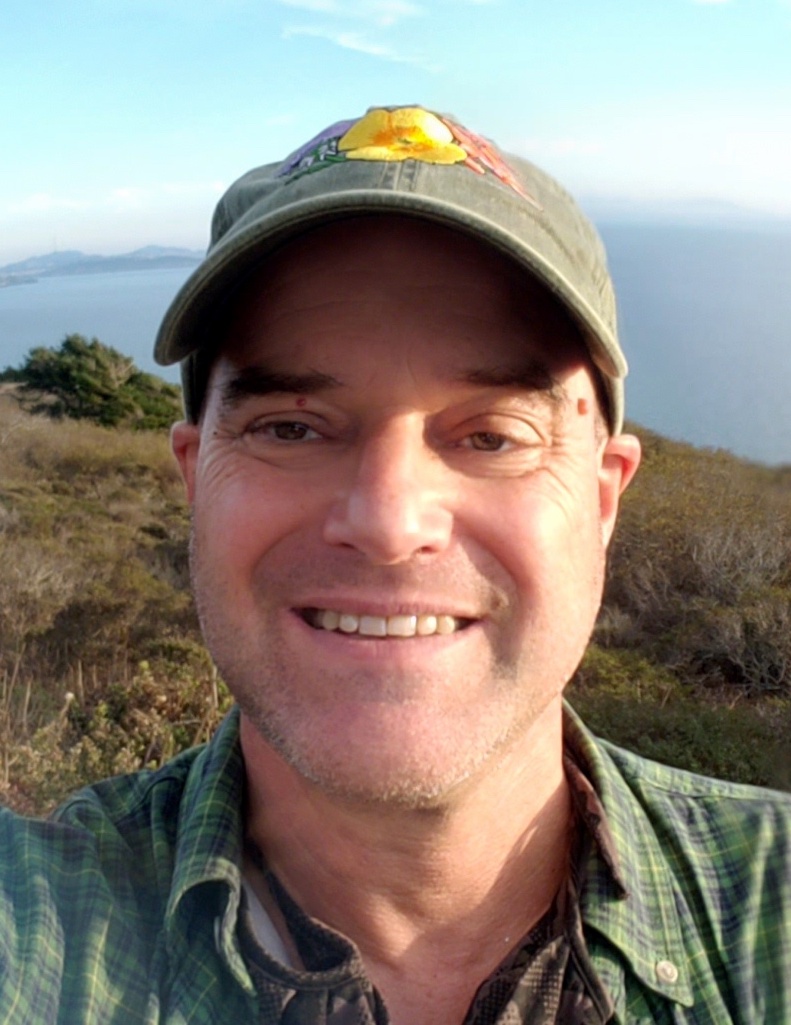 Since 2005, I’ve worked with international humanitarian medical organization Médecins sans Frontières (Doctors Without Borders, or MSF). My most recent assignments were as Country Representative, and before that as Emergency Coordinator, based first in Cox’s Bazar and then in Dhaka, Bangladesh. I’ve also been head of mission in Central African Republic, Sierra Leone, Haiti and Papua New Guinea, and various project coordinator roles. Before MSF, I had a 19-year career in consumer-magazine publishing after graduating from Oberlin College.

Finding Unitarian Universalism during a break between assignments felt like coming home to a spiritual tradition grounded in principles that mirror the work I’ve been doing. When I realized I’d need a true home again after a decade of couch-surfing between assignments, I chose Santa Rosa, in part because the UU congregation made such a good impression.

At UUCSR, I work with the Advocates for Social Justice’s Diversity & Share the Offering Projects and the Building/Health Advisory Team. I’m very grateful for this opportunity to work with the Board and congregation to help build our path to the future. 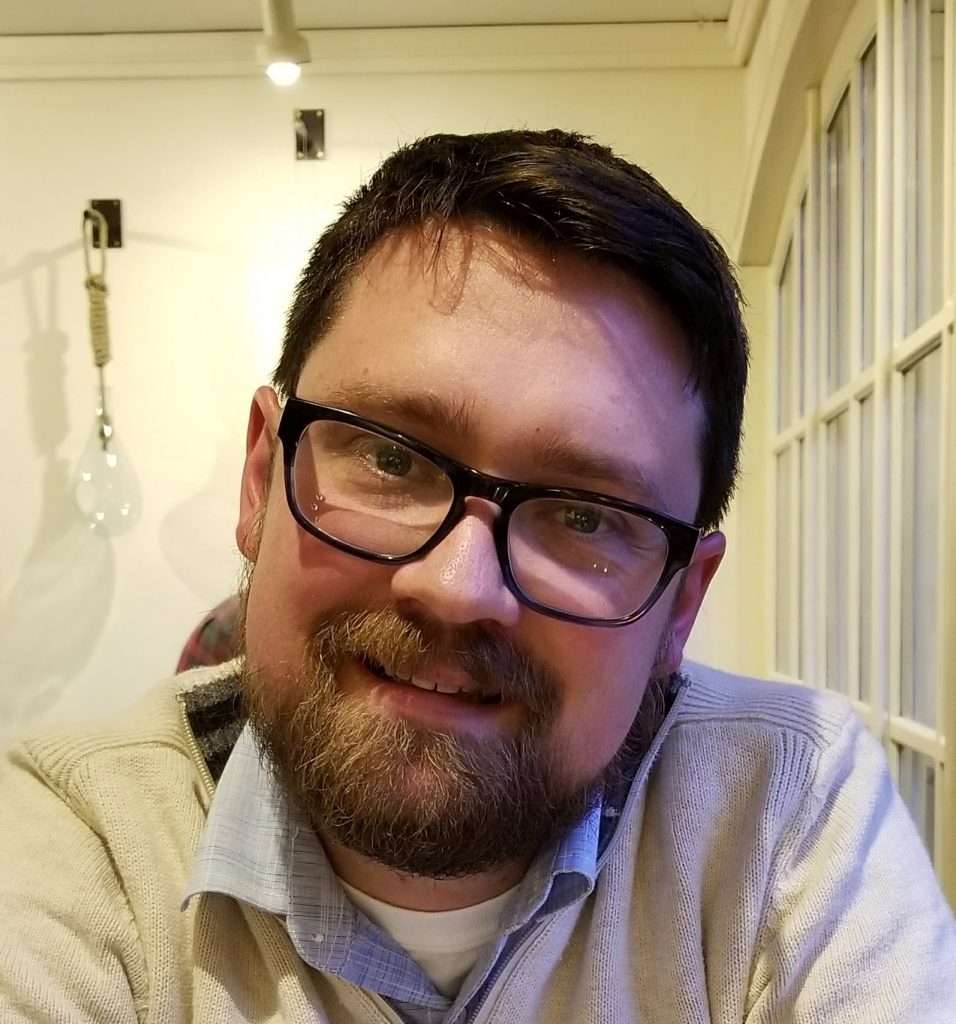 I was born and raised in Southern California, but I’ve also lived in Berkeley, New York City and New Orleans.  I was raised in the Science of Mind (now the Center for Spiritual Living) tradition as a child and young adults, but was drawn in by the focus on social justice work of Unitarian Universalism while living in New Orleans.  My wife and I moved to Sonoma County in 2011, and we have two young children.

I am the director of Technology at Sonoma Academy, where I also enjoy being the adviser for the Queer-Straight Alliance.  I am passionate about working with youth, and am glad to be a voice for families at UUCSR.  In my spare time, I enjoy reading the New Yorker, riding my bide and playing with my kids. 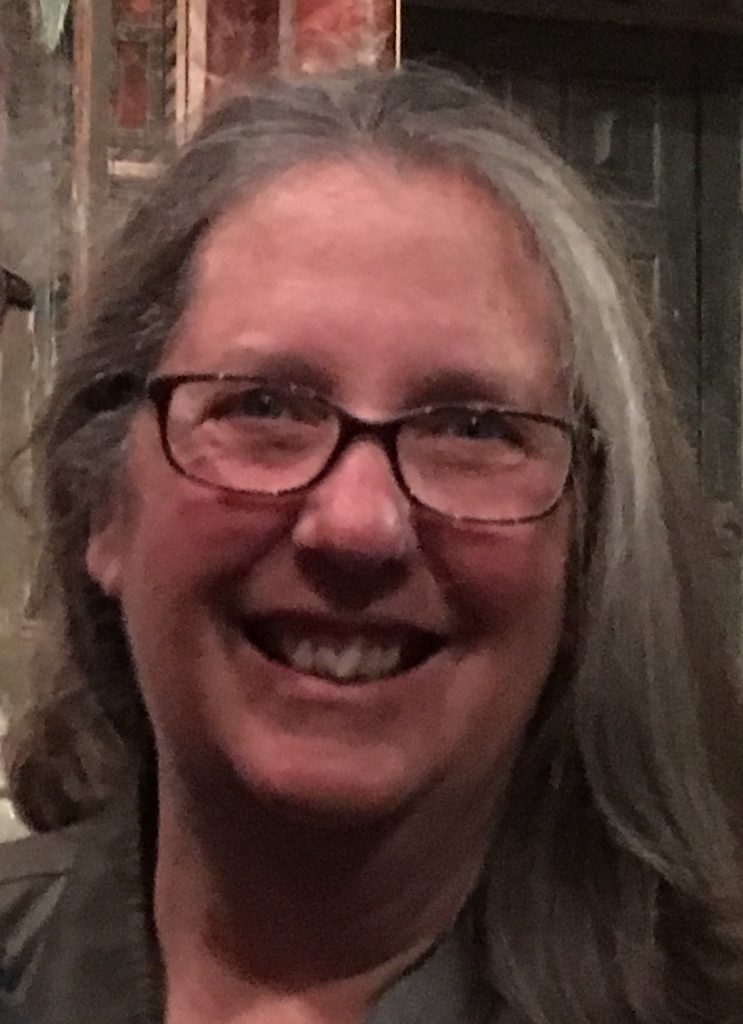 I first started attending the UU Fellowship of Sonoma County in the mid 1990’s, and I was very happy to find a religious community I could relate to (having been brought up Southern Baptist). I have worked on various projects over the years and currently chair the Lay Chaplains group.

I retired a few years ago from the faculty at Sonoma State University, having served almost 25 years as a librarian. I am enjoying retirement immensely, traveling with my husband, camping, hiking, kayaking and more. I feel blessed to have the opportunity to serve UUCSR by being on the board. 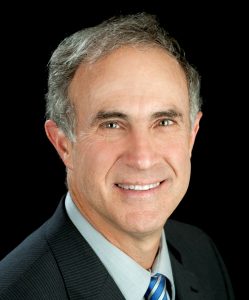 I have been a member of UUCSR since the early 1990’s.  Over the last 25 years, I have participated in various supportive roles to help develop our congregation and its physical space, including work for various building maintenance and operations committees, religious education, Worship Associates, and past Board of Trustee membership.  My wife Lucia and I have enjoyed raising our three daughters within the nurturing environment of UUCSR to become the socially responsible and caring adults they are today.

Although mostly retired now, I have worked as a public interest attorney, representing the interests of energy utility customers, and disadvantaged communities in environmental justice disputes.  I currently serve as a member of the Sonoma Clean Power Community Advisory Committee and as an advisor to the Center for Climate Protection in Santa Rosa.  I also have a degree in environmental engineering and prior to my years as an attorney, I had a long career restoring environmentally damaged properties.

Although I was born and raised in New York State, I have spent most of my life in the San Francisco Bay Area.  And I’ve gotten back to playing tuba, something I hadn’t done since I graduating from high school! 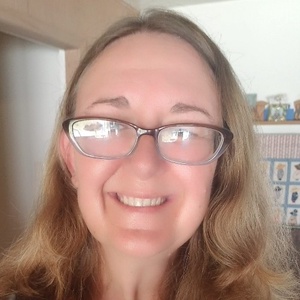 I was born in Santa Rosa and studied in Spain in high school.  I have been teaching at Cali Calmécac Language Academy in Windsor since 2000.  I appreciate being able to easily visit the redwoods, the ocean, and even the mountains on a long weekend with my children, family, and friends.

Our seventh principle of the interconnected web of life (and the music!) is what initially attracted me to the congregation in 2009 after my very secular upbringing.  The other principles and how they are being lived out by the wonderful people at UUCSR has drawn me in even more until this congregation has become a significant part of our family.

Serving in Religious Education was a natural fit for my skills and interests.  I became an official member of the congregation in 2016. I am so grateful for this community that we have found and continue to develop  for myself and my two children, Lenora and Henry. We all look forward to Sunday services, Religious Education, parenting group, and other gatherings with our spiritual community.  I feel immensely honored to be able to serve on the board and look forward to seeing our principles being lived out by more people in our larger community as we continue the “work of creating Beloved Community within and beyond our walls.” 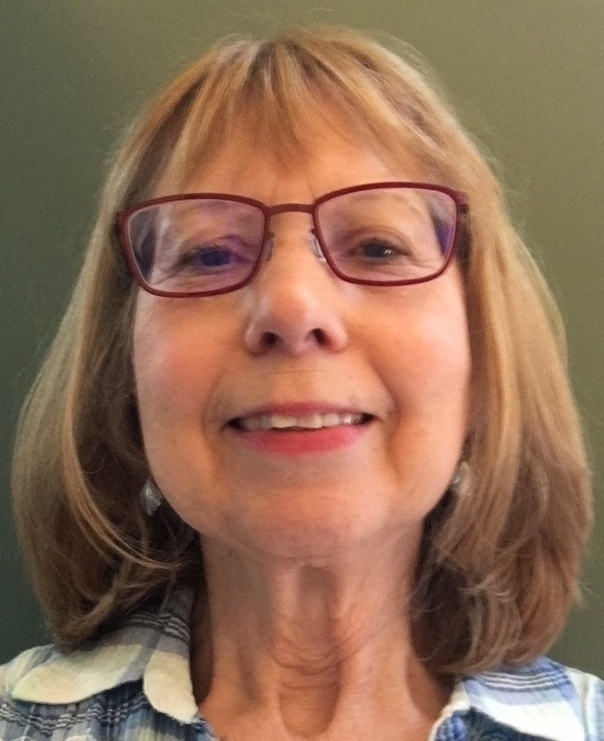 I grew up in Santa Rosa and returned in 2015 with my husband, Michael Trulson.  I’ve been a UU for over 20 years and was a member of the Arlington, VA congregation before joining UUCSR.  I’m a long-time student of Buddhism.

Professionally, I was an RN with a PhD in health policy, and was a Foreign Service Officer with the US Agency for International Development.  I’m politically active, especially around climate change and health care.  I love music, cooking, theater, reading, nature walks, gardening and travel.  “UUCSR is a blessing that fills me up.”